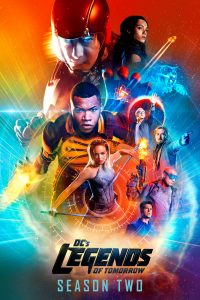 DC’s Legends of Tomorrow: Season 2: Season two amps up the firepower by enlisting both a league and a legion of new characters. Joining Rex Tyler aka Hourman will be other members of the Justice Society of America. And for every force of good, there is an opposing force of darkness. The Legends of Tomorrow will face off against the first ever team of Super-Villains: the Legion of Doom, including Malcolm Merlyn, Damien Darhk, Captain Cold and the Reverse Flash. After saving the world from Vandal Savage, the Legends of Tomorrow are now charged with protecting time (past, present and future) itself, taking them across history and up against a threat unlike any humanity has ever known.